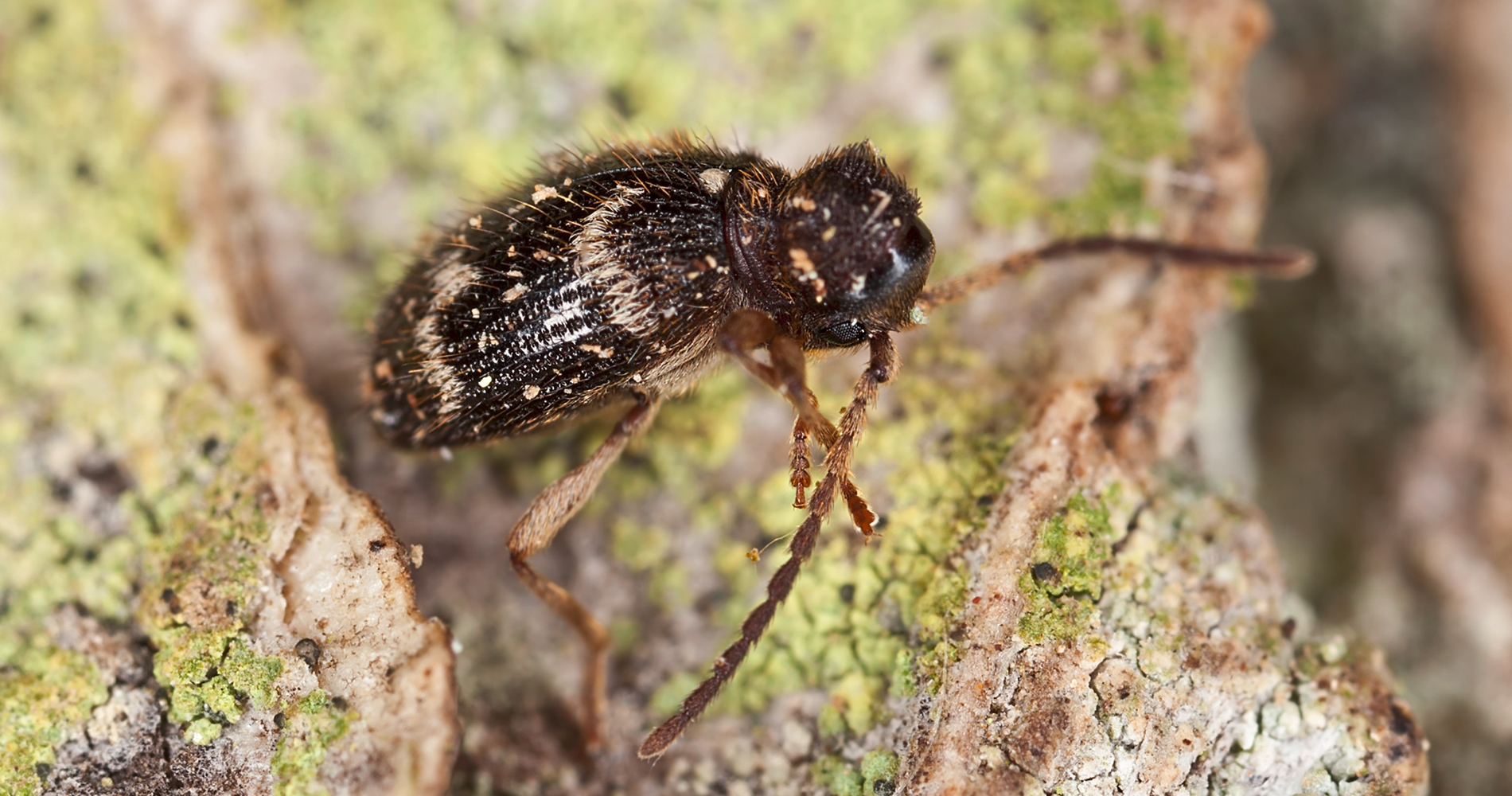 The beetles are not very sensitive to the cold and can endure negative temperatures of up to -5 °C for some time. They can also be found in birds' nests outdoors. The larvae are yellowish-white and live in the nutritional substrate.

The white-marked spider beetle can be found all over the world, like its close relation, the Australian spider beetle (Ptinus tectus).

The damage is not caused by the beetles feeding, but rather by the larvae in stored products. They feed on lots of different plant-based and animal-based products, such as grains, grain products, drugs, seeds, feathers, furs, sausages and many more. The beetles also cause damage by boring out of packaging (exit holes).