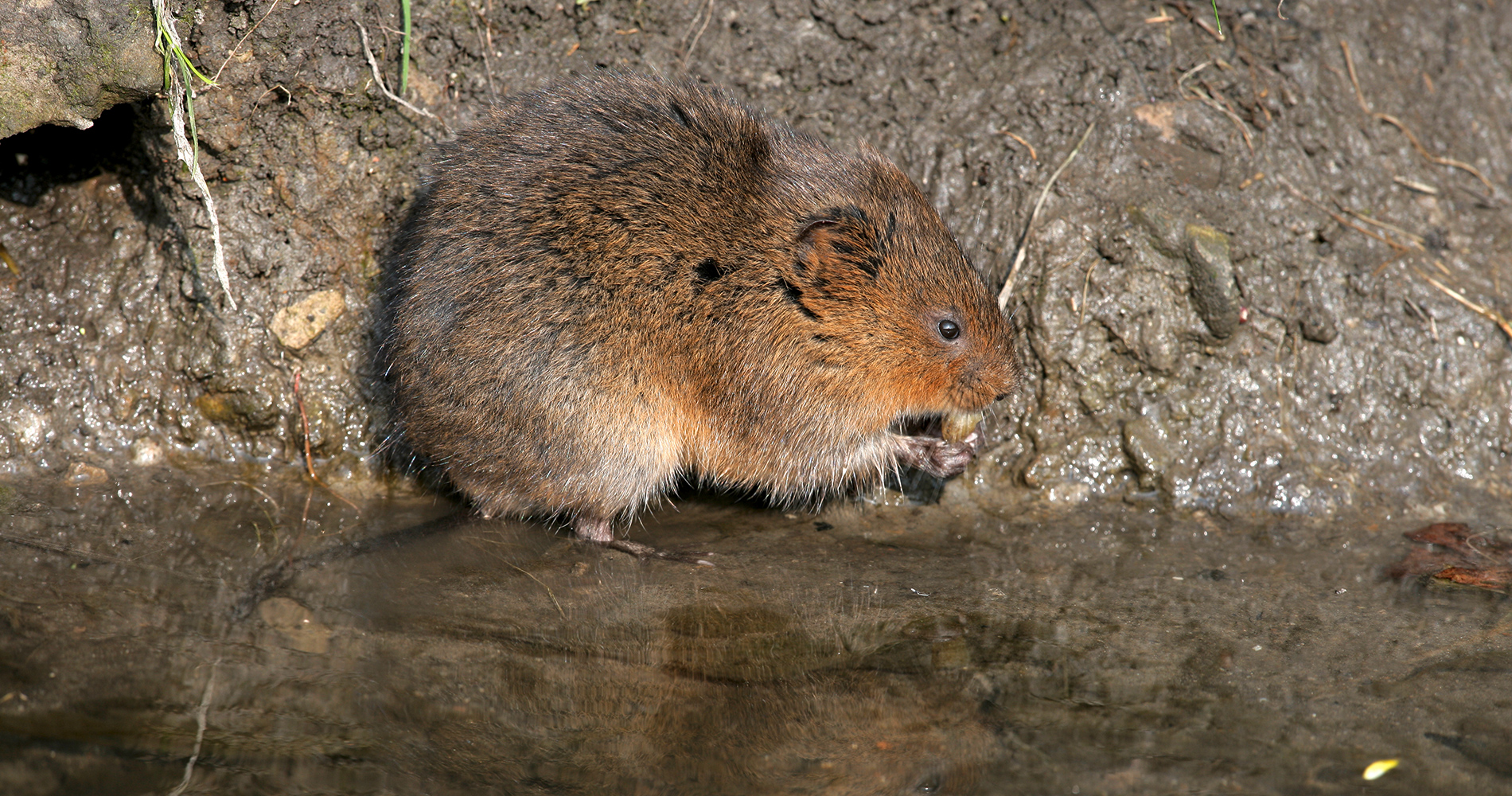 Some water voles or water rats live in water and some live on land. They can run, swim and dive. The type which lives in the ground creates extensive burrows and generates heaps of earth. The creatures have a squat build and are 12 to 22 cm long. They have a large, plump head and eyes hidden in their fur. The tail is around half the length of the body, making it relatively short. Its fur is grey-brown to brown-black on top and becomes lighter on the underside of the body. In a year, the females have 2 to 4 litters with an average of 4 young. Their diet consists primarily of moist plant matter; aquatic water voles look for their food outside the burrow in the water and on the riverbank (e.g. aquatic plants). On top of this, they use the roots which constantly regrow into their burrows. On sites used for agriculture or horticulture, they primarily feed on the underground storage organs of vegetables and ornamental plants, as well as the roots of various trees and shrubs.

Water voles cause damage to grains, to vegetables, in tree nurseries, in fruit plantations and in forests. They cause significant damage to roots, tubers and bulbs. In forests and fruit plantations, severe damage can arise, particularly when they feed on the roots of young trees.