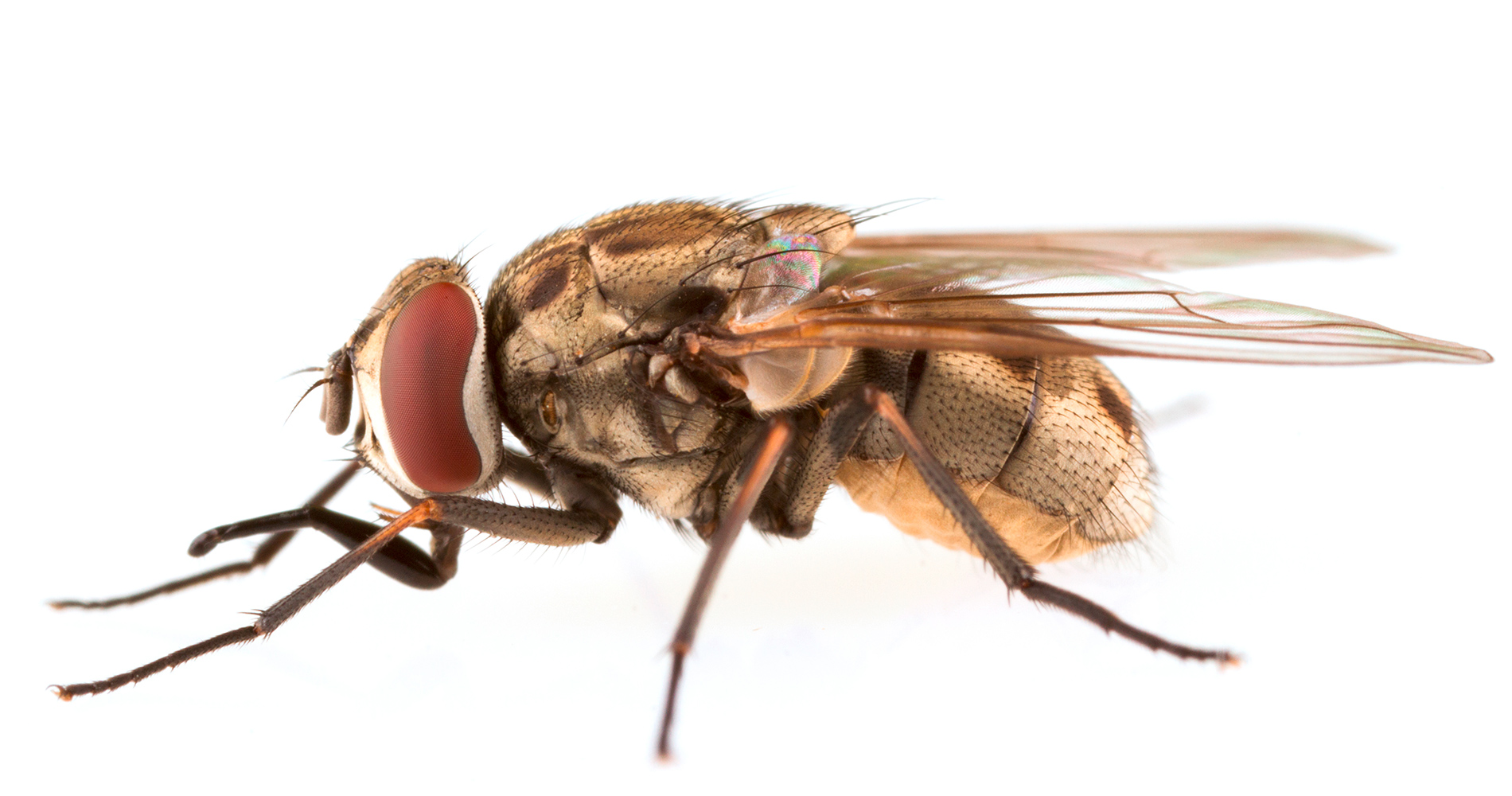 In terms of appearance, the stable fly is very similar to the house fly, but it has a tapered proboscis which points forward on the middle of its head. The larvae develop in manure. As a result, the creature is mainly found in the countryside and in the autumn, this thermophilic species likes to retreat to dwellings.

Both male and female stable flies bite humans and animals and draw blood. The bite from the creatures, which are only active during the day, is extremely painful. In some instances, they torment pets so much that the animals' milk yield and fattening capacity can be significantly reduced. However, the stable fly is not just a nuisance – it can also cause problems in terms of health and hygiene as it can transmit pathogens, such as Escherichia coli, salmonella, listeria and borrelia when it draws blood.