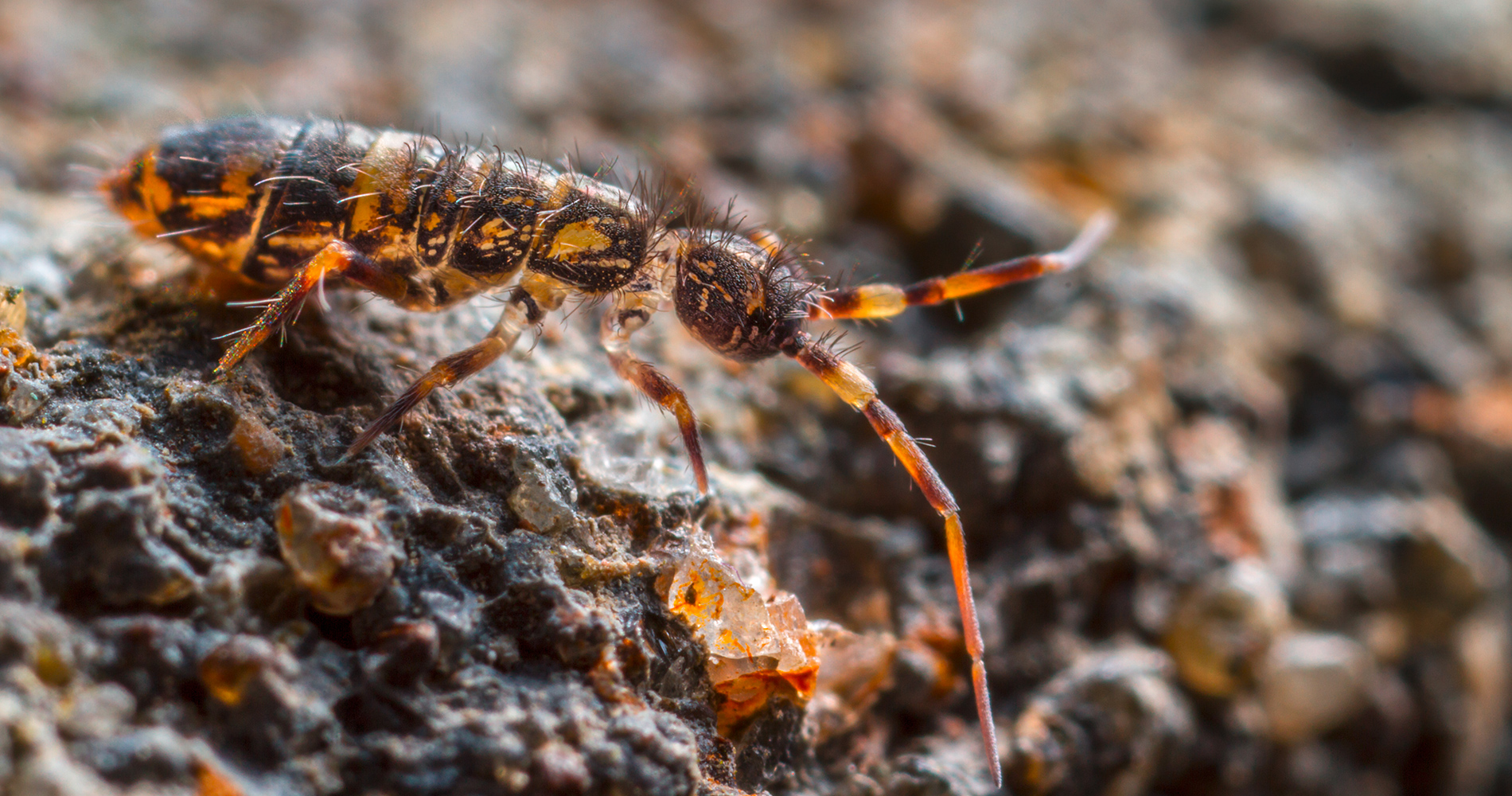 Springtails are part of the Apterygota subclass. They are usually 1 to 2 mm long and often have a furcula, which is folded forwards under the stomach when they are in their resting position. It allows the creatures to make small jumping movements.

Most of these insects, which are also known as Collembola, live in the soil. They are reliant on a damp habitat and generally live off decaying animal and plant matter. As they contribute to humus formation, they are considered to be highly useful.

If there is a serious infestation, you can see springtails jumping around on the surface of potting soil. Some types can cause damage to living plant matter in the event of mass reproduction. However, this is generally insignificant and it is not necessary to combat the creatures directly.

As Collembola always require an area with a high level of moisture due to their thin-skinned bodies, you can quickly keep serious infestations at bay in flowerpots, for example, by letting the soil dry out several times. If you find springtails in other areas of your home, this indicates a high level of humidity. You can also remedy this with drying measures.