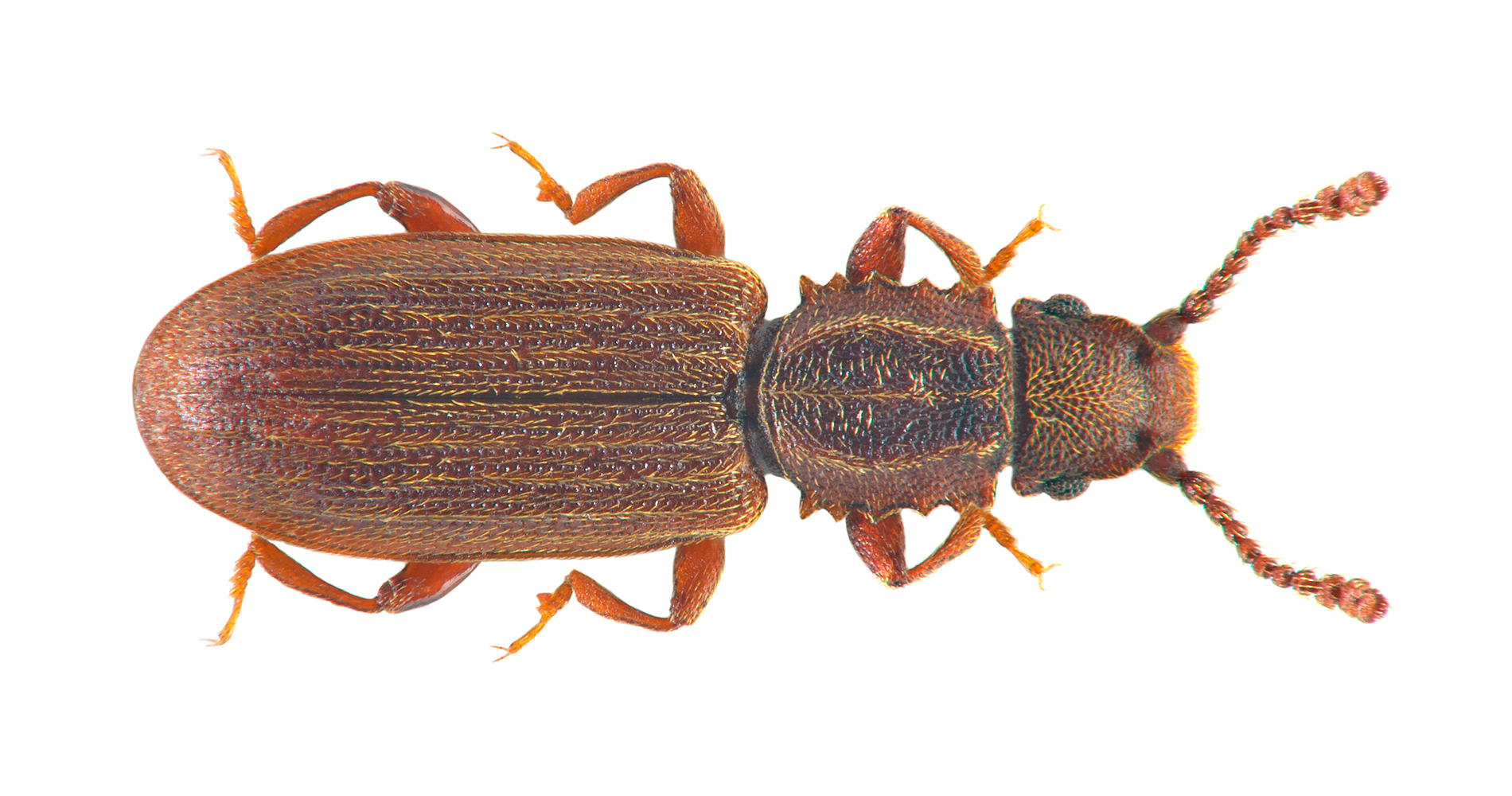 The sawtoothed grain beetle is very lively creature, which is up to 3 mm long, slim, flattened and grey-brown to rusty red-brown in colour. The pronotum has two wide, flat vertical grooves and six small, sharp teeth on each side.

The beetles feed on grain kernels, flour, pasta, baked goods and other carbohydrate-based foods, but they also infest oily seeds, nuts, dried fruits and much more.

The females lay their eggs loosely between these nutritional substrates. Once the larvae have developed, they pupate either freely or in a cocoon made up of pieces of the nutritional substrate, which are then stuck together. In warm grain stores, mass reproduction can occur very quickly. Both the Oryzaephilus surinamensis larvae and the beetles feed primarily on broken grains or grains which have already been damaged by other pests, such as the grain weevil.

Together with the grain weevil, the sawtoothed grain beetle is the most significant pest for grains and can also cause major problems in the food industry. It is dreaded here as it gets everywhere due to its small size and exceptional agility. The larvae of the sawtoothed grain beetle are able to get through the smallest openings so can even penetrate packaged goods and are therefore often transported with food packaging.

They are a cause for concern in grain stores due to their quick and large-scale reproduction. Damage arises as a result of the creatures eating the nutritional substrate and the resulting reduction in quality due to warming or a higher level of humidity with subsequent mould development.