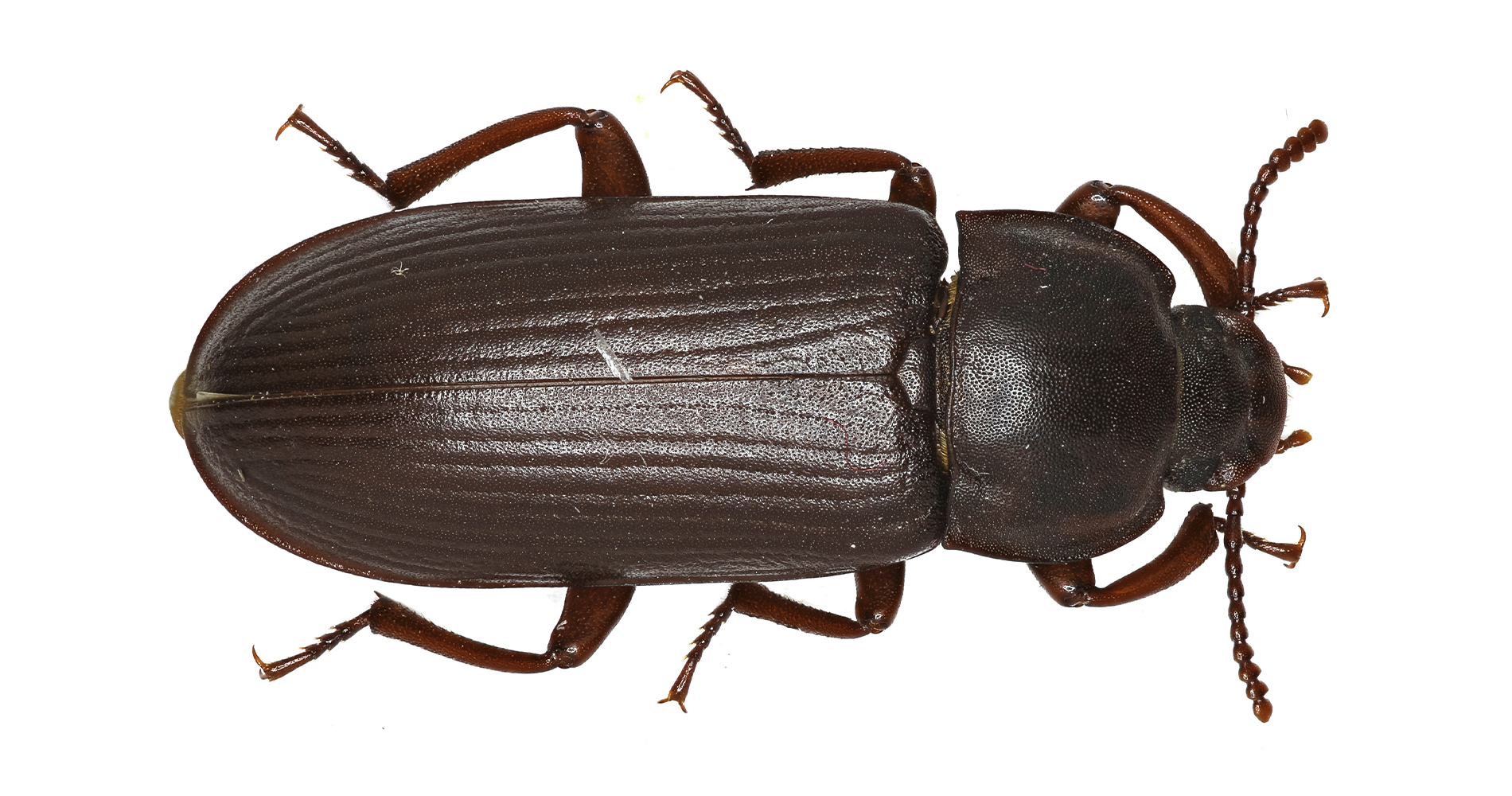 Measuring 13 to 18 mm in length, the black-brown, waxy mealworm beetle is one of the largest beetles which damages stored products. As well as appearing in bakeries, warehouses and mills, it can also be found in dwellings, pigeon lofts and outdoors, primarily in birds' nests. The larvae grow up to 28 mm long, are yellow-brown and are often used as food for fish, reptiles and birds in the form of “mealworms”. The beetles are good flyers, which only become active at dusk.

The larvae and beetles feed on flour and other grain products, but also lots of other animal-based and plant-based products.

The larvae and beetles cause damage by feeding on and contaminating the infested goods. Occasionally, the larvae also bore holes into rotten wood and destroy insulating material in stables. However, due to their slow development cycle, the creatures tend not to reproduce en masse. You can usually avoid a large infestation through thorough cleaning and by disposing of food residues.

Mealworm beetles can also be a vector of illnesses as they are intermediate hosts of the rat tapeworm (Hymenolepis diminuta) and its vectors in humans.