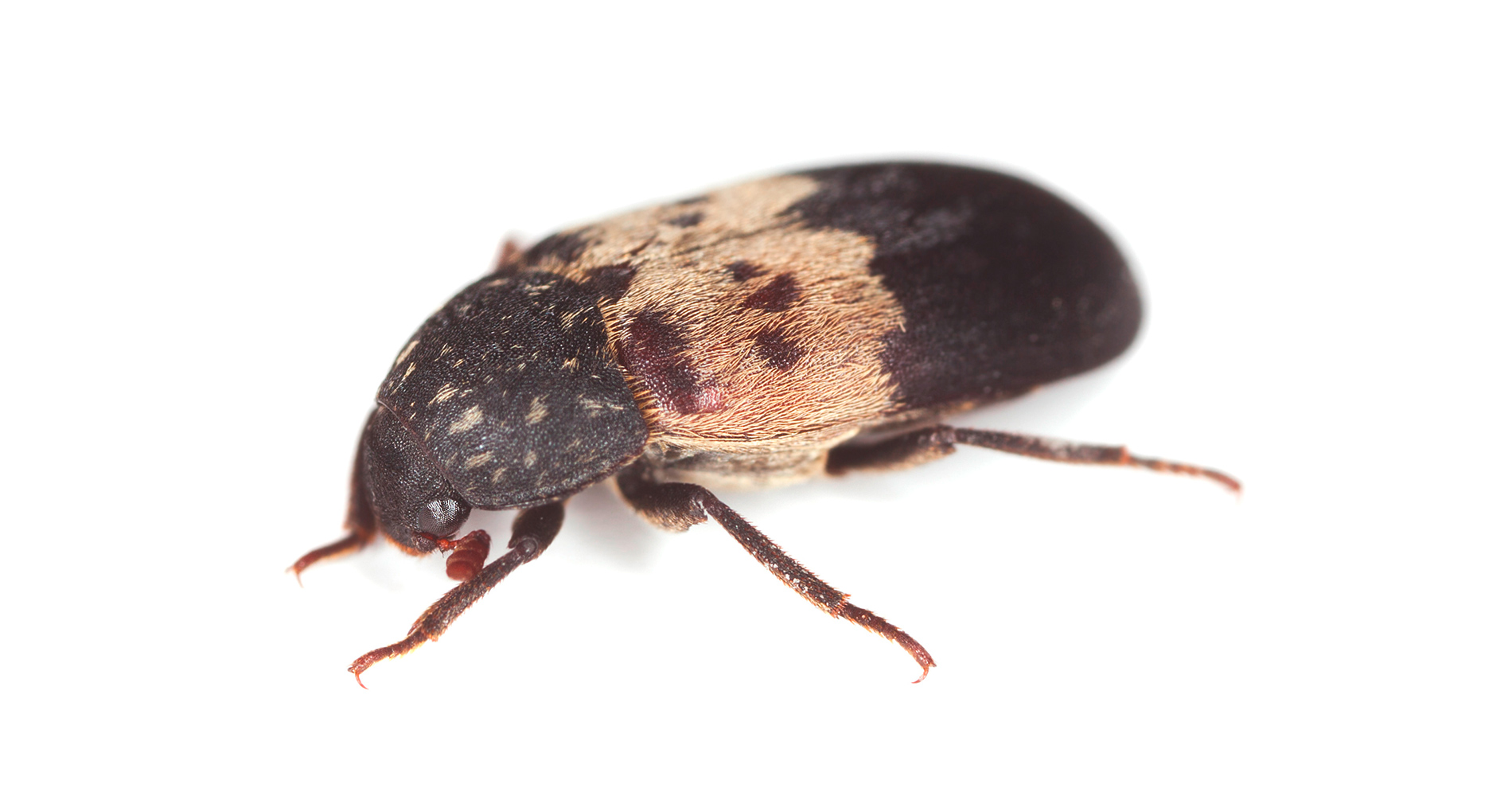 The larder beetle grows up to 9 mm long. The front halves of the wing covers are a conspicuous yellow-brown colour and have three black dots on each side. The rear halves of the wings are black. The larvae, which are up to 15 mm long, taper towards the rear end and are extremely hairy. To pupate, the larvae bore into solid materials, so you can find the pupae in wood, plaster and bricks, to name just a few examples. You can find the flying beetles in dwellings, leather and fur stores, meat-processing facilities, warehouses, etc., and also outdoors, especially on carrion and in birds' nests. The beetles and pupae can hibernate outdoors.

Other beetles from the dermestid beetles family, such as the uniformly brown to black hide beetle (Dermestes maculatus), are similar to the larder beetle in terms of lifestyle and damaged caused.

The larvae of the larder beetle spoil foodstuffs, such as bacon, ham, sausages, cheese, but also fatty plant-based materials, such as nuts, copra, cocoa beans, chocolate, etc., by feeding on them and with their faeces. They also destroy furs, leather and woollen textiles as they cause scraping damage and chew holes when they feed. The beetles themselves do not feed.