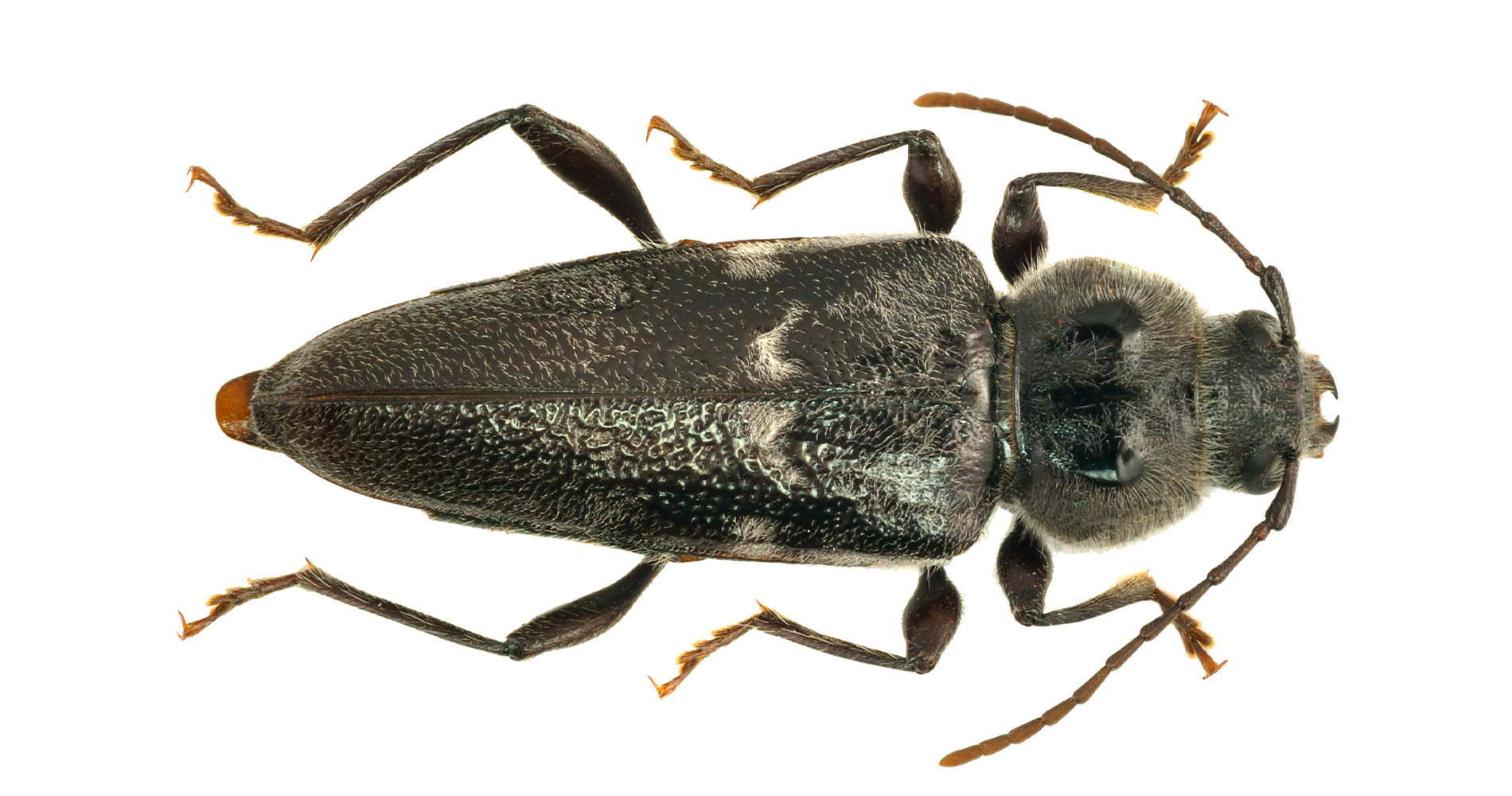 The house longhorn beetle is a black to brown-black beetle with transverse bands made up of flecks and covered with white hairs on its wing covers. Its pronotum is covered in white hairs and features two shiny bumps. The long, strong, thread-like antennae are typical of longhorn beetles. The females grow up to 25 mm long, while the males only reach 15 mm. The larvae bore into and eat oval pathways in softwoods. The beetle's oval exit hole measures approximately 5 mm x 3 mm. Depending on the feeding conditions, the development cycle can last between 2 and 14 years.

The house longhorn beetle is the main pest for softwood – it only affects sapwood. It can be found primarily in the wood used for roof trusses and more rarely in furniture. Outdoors, you can often find it in electricity poles, fence posts, etc. The damage is caused by the larvae eating pathways in the wood and the adult beetles boring exit holes.

Unlike with the common furniture beetle, it is not possible to identify a house longhorn beetle infestation by the expelled wood dust. It therefore often remains undiscovered for a long time as, except for the beetle's oval exit holes and the characteristic “rasping” noises made by the larvae when they feed, the activity of the pest is not really noticeable from the outside.