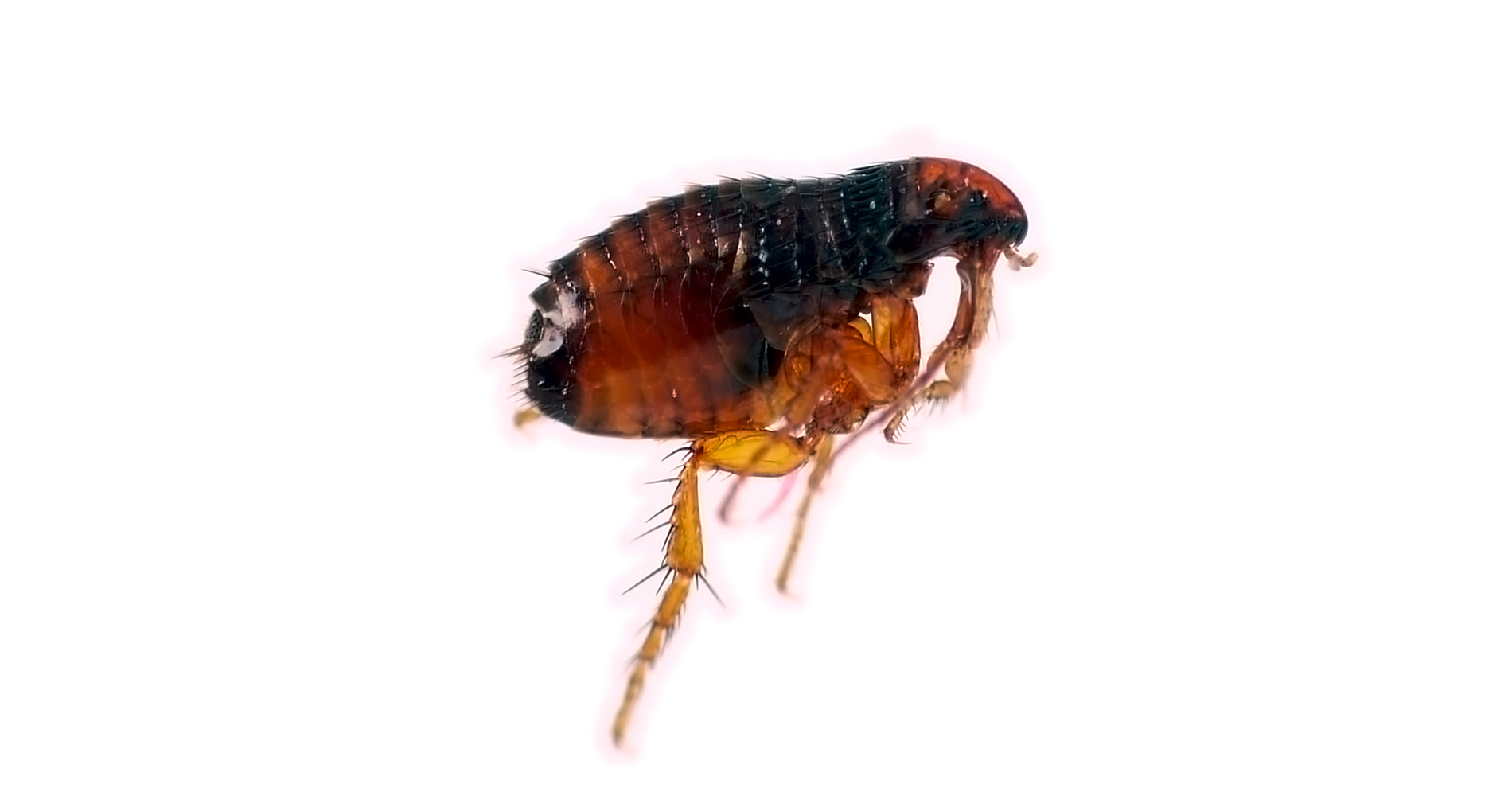 Fleas have a body which looks as though it has been flattened at the sides. Furthermore, their hind legs have developed in such a way that they have an enormous amount of jumping power. They are brownish to black in colour. The adult creatures draw blood from humans, mammals and birds and live exclusively off the blood of their hosts. Before the first blood meal, adult fleas can live for approximately 2 to 8 weeks without a host, but then they must draw blood at least once a day in order to survive.

The females lay their eggs at random in the area around the host animals. The thread-like flea larvae are approximately 5 mm long, live in dust and waste, and live off organic material there. They avoid light and hide primarily in cracks, gaps, textiles and carpet fibres near the hosts (e.g. dog baskets and other sleeping areas).

They usually get into residential buildings with pets.

The body of the dog flea is 1.5 to 3 mm long and it can easily be confused for a cat flea, which looks very similar. They both have “combs” on their cheeks and their neck (rear edge of the 1st thoracic segment). The distribution of the combs and the number of spikes vary for different types of fleas (distinguishing features).

Most fleas are not reliant on the blood of a single type of host; instead, they have a main host and several secondary hosts. The main hosts for the dog flea are domestic dogs, foxes and wolves, while the secondary hosts include humans, domestic cats and domestic rabbits.

In humans and pets, fleas cause painful bites, which trigger unpleasant itching. The bites are often found in a row, as the fleas will often make some initial bites before drawing the full amount of blood required. Different types of fleas were blamed for the plague epidemics in previous centuries, as they transmitted the pathogen for the bubonic plague from rats to humans. Furthermore, if dogs and cats bite and swallow fleas, these can carry tapeworms.