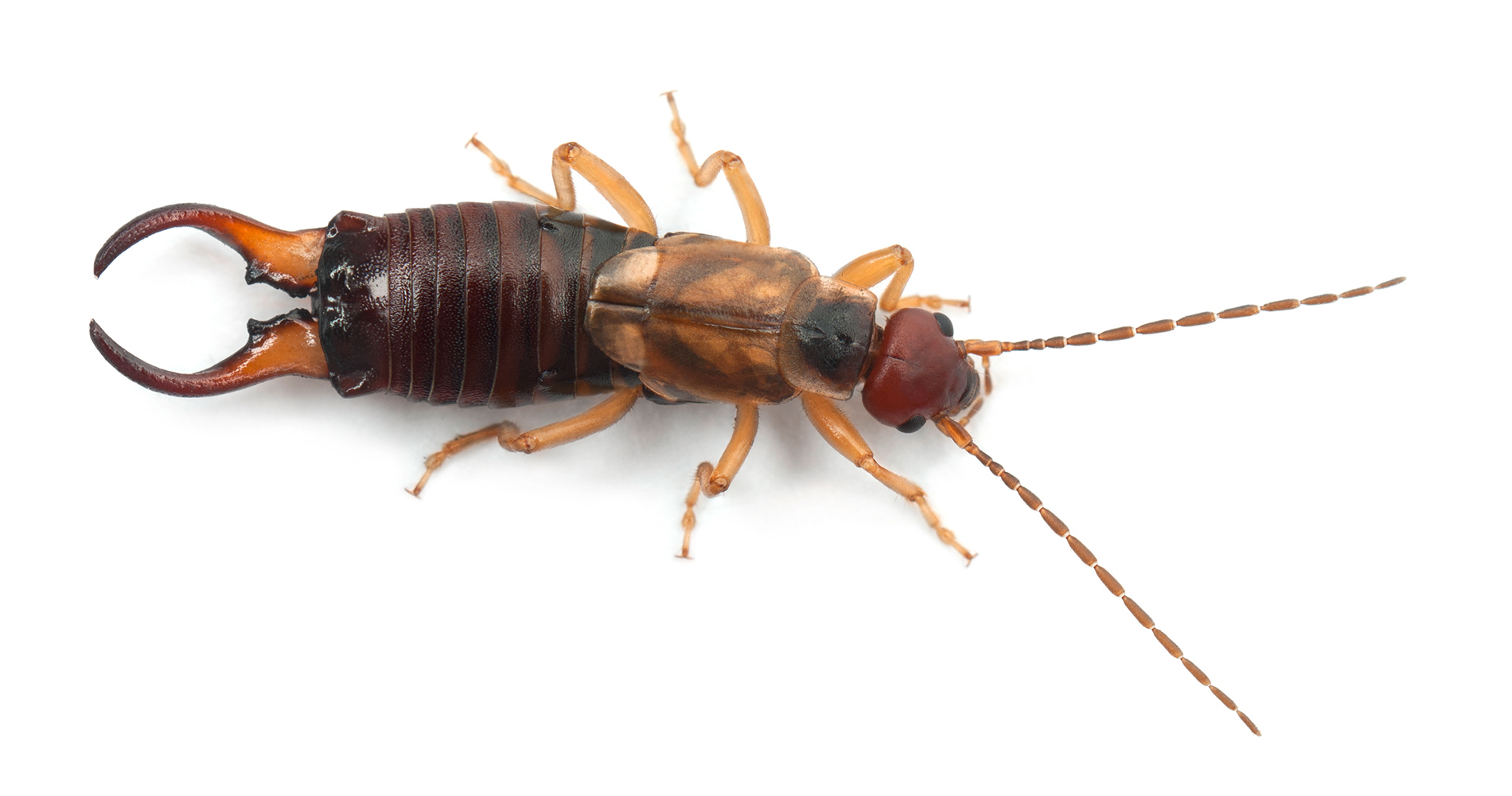 The common common earwig is red to chestnut brown and its elongated body is approximately 10 to 16 mm long. It is characterised by its pincers, which can be found at the end of its abdomen. These are larger on the male than on the female. The wings are small stumps, meaning that the creatures are almost incapable of flying. Earwigs normally live outdoors but large populations can also often penetrate buildings. They are active at night and look for dark places to hide during the day. Earwigs are omnivores and live off both a plant-based and an animal-based diet. Outdoors, they hunt aphids and other pests, making them extremely useful.

In facilities which process foods, earwigs can pose problems in terms of hygiene if they hide in packaging, for example. They can gnaw different materials and parts of plants, meaning that they can cause problems to some extent in ripening grapes and peaches. They make people feel uneasy and anxious if they appear in the home.

You can catch earwigs by providing them with hiding places (e.g. flowerpots filled with straw) and combatting them there – if this is absolutely necessary. Methods like this are also a good way to attract large quantities of earwigs in order to use them to combat aphids in fruit crops, for example.