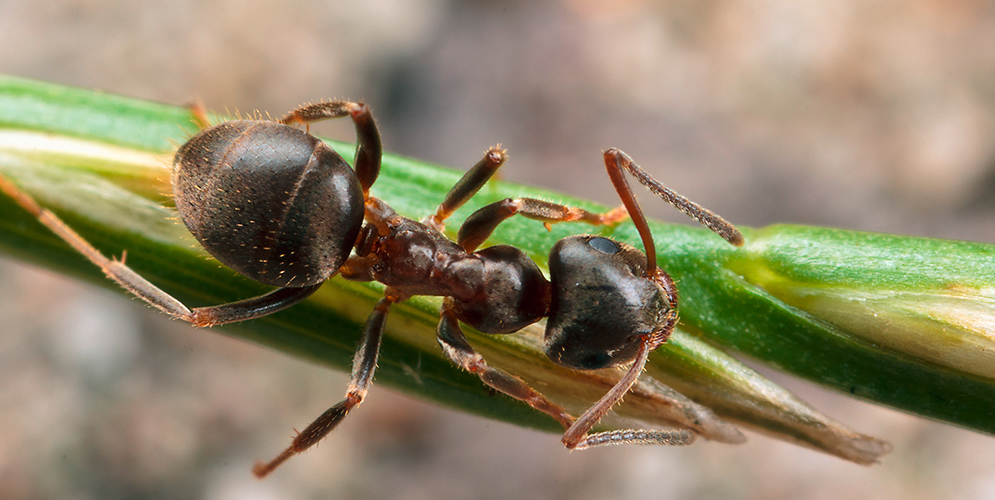 The black garden ant belongs to the formicine ants (Formicinae) subfamily. These ants only have one scaly petiole segment between the middle section of the body and the abdomen.

The female workers are 3 to 5 mm long and they are very variable in terms of colour, ranging from black-brown to brown. The adaptable synanthropes create their nests in gardens, under rocks, in lawns, under patios, in cracks in walls, in bark, in rotten deadwood and in many more places. They also build constructions made of earth above ground, such as large, loose mounds of earth above the nest. The black garden ant is the most common type of ant in the house and garden.

They nearly always settle outside the house but enter the building to search for food, particularly in the spring when food is still in short supply outdoors. The ants often use aphids as a source of food. They drink the aphids' sugary secretions, known as honeydew.

They cause the same damage as the pavement ant. They also hollow into patios or paved paths in the garden and transports sand to the surface. As the ants also live off the honeydew of aphids, they play an active role in their dissemination and reproduction to some extent and can therefore contribute towards damage to cultivated plants.